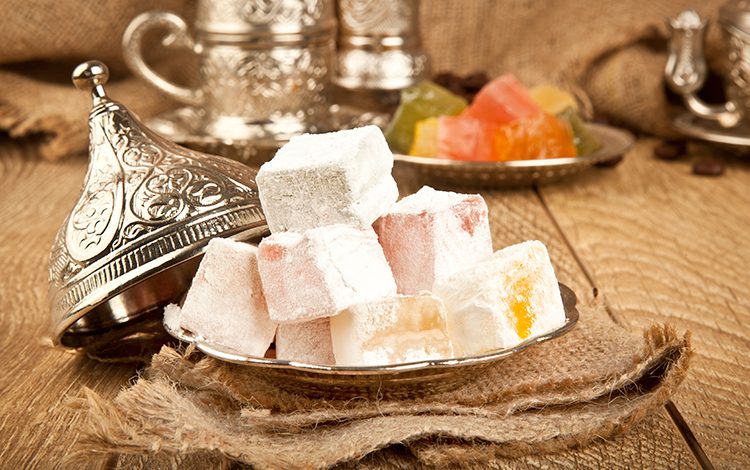 The Creation of Turkish Delight

According to legend, the first Turkish Delight was actually created three centuries ago, when Abdul Hamid, the 27th Sultan of the Ottoman Empire, faced a problem far greater than his ill-fated skirmishes with the Russians – how to keep his four wives happy.  So he ordered his confectioner to create a delicious and intoxicating sweet guaranteed to appease and seduce the reluctant ladies.

Eager to please his sultan, and perhaps to keep his head on his shoulders, the confectioner blended a concoction of honey, rose oil, nuts and dried fruit, binding them together with natural gum derived from Pistacia lentiscus, a small Mediterranean tree. The result, it is said, set his wives to dancing and squealing with delight which allowed our sultan some much-needed peace. The confectioner won the gratitude of Sultan Hamid, kept his head – and titillated generations of sweet lovers ever after.

Today the Delight, or Lokum in Turkish, tradition is a rich and indispensable part of Turkish cultural heritage. It is kept in every Turkish kitchen, ready to be served with a cup of strong Turkish coffee, as a symbol of hospitality, friendship and refinement.

Western Europe Gets Its First Taste of Turkish Delight

During the early 1800’s as travel to the exotic Ottoman Empire became more open, visitors excited with the intriguing and delicious treat, returned to their homelands with as much as they could carry. The fame of Turkish Delight quickly grew, casting an intoxicating spell over all of Europe. Eventually, it became a much sought after delicacy. Alas, rare and expensive it could only be savoured by the elite few.

As demand grew for the tempting treat, many in Western Europe attempted to reproduce the sweet confection. And although the recipe on paper seemed quite simple, the desired taste of the finished Delight proved to be elusive, never pleasing in the same subtle, sensuous way as that coming from the east.

Thus, if one wanted to indulge in real Delight – it had to come from Turkey until now, finally freshly made savoury and authentic Turkish delight can be found right here. All one needs to do is visit our website at : http://www.turkish-delight.com

The caravan road, in time named the Silk Road, stretches on for thousands of kilometers, from East to West. It was the stuff legends are made of. Fortunes, dreams and lives were made and lost. Travelers faced desolate white-hot sand dunes in the desert, forbidding mountains, brutal sand storms, poisonous reptiles, not to mention mirages. Camels lumbered in lines transporting silk, spices, Turkish Delight, tea, coffee and jewels. Merchants raised tents in the evenings sitting around campfires always warry. Bandit raids were common both day and night. 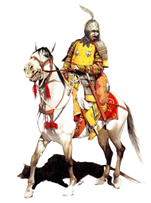 One story told is of a tall, colorfully dressed marauder, brandishing his sunlit sword above his head, shouting to his men, as the merchants fought or fled, “Leave the silk and stone! Bring me Lokum for my body and soul!” Obviously, he was a bit addicted, but who could blame him?

Now It’s Time for You to Experience the Sensation

Go ahead, give in to the urge. Close your eyes as you place a wondrous piece of our Turkish Delight between your lips and sink your teeth in, and as you taste the intense flavor flow across your tongue, let the lines between present and past blur as you dance with the four Sultanas, sit atop a caravan camel as you turn and see riders approaching and wonder if it is a mirage, stand at the counter candy shop in late-Victorian Europe as you point out the bag of Turkish Delight that you wish to purchase. And above all – “enjoy”!